In April of 1865, Lincoln’s funeral train stopped in Albany on its way from Washington, D.C. to Springfield, Illinois. The president’s body lay in state at the New York state capitol from 1 am until 2 pm on April 26, 1865. During that time, an estimated 50,000 people filed past, with thousands more still waiting in line outside when the coffin had to be taken back to the train to continue its long journey home. Anne and Ridley played at the capitol to help commemorate that event. 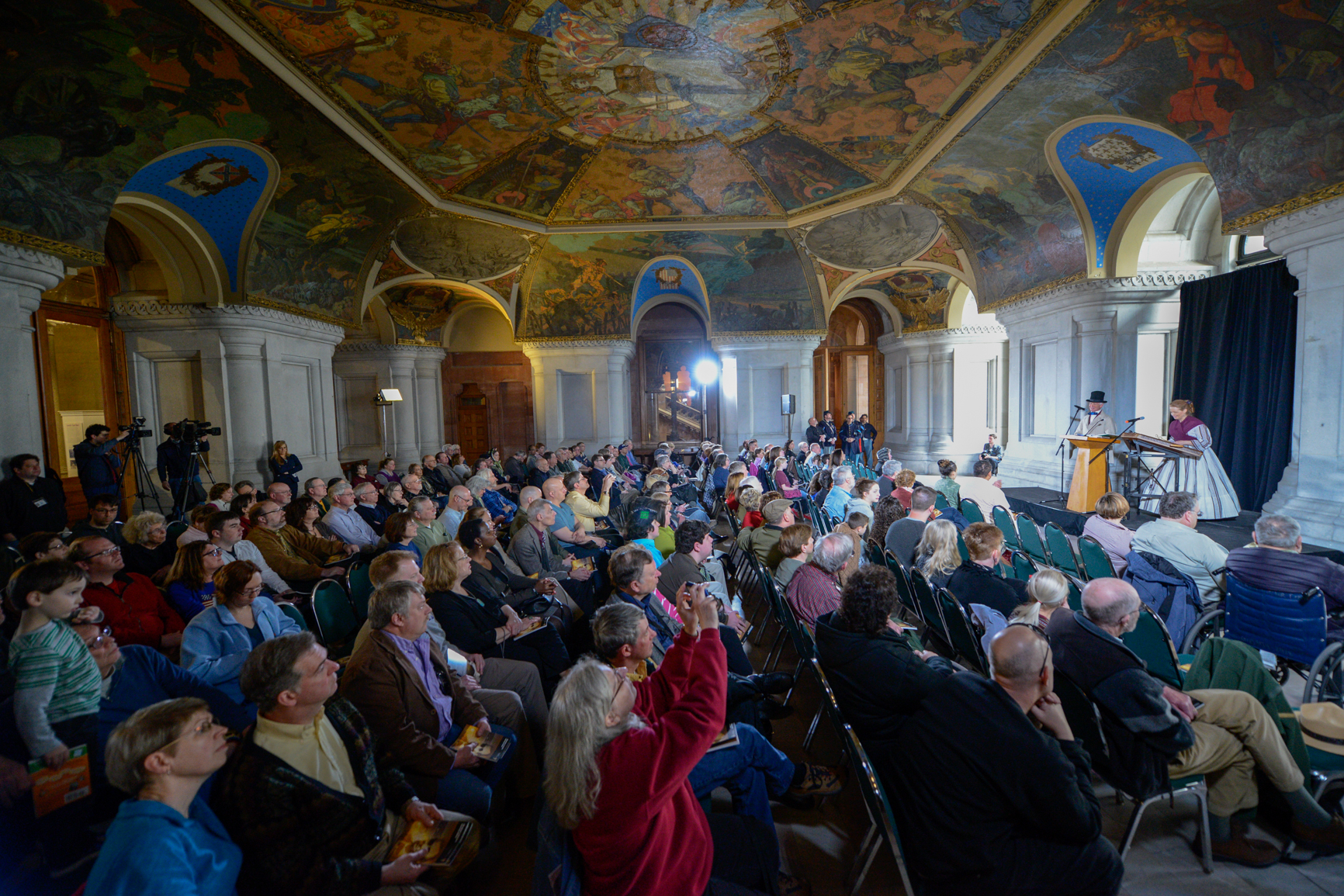 Anne and Ridley Enslow performing in the War Room of the New York State capitol. Photo by Michael Joyce (OGS)